In this blog, we discuss the reality of e-waste, why it’s such a problem, and how businesses can and should be working to counteract their contribution to the problem.

E-waste is the umbrella term that we use to describe discarded electronic appliances, including smartphones, mobile devices, tablets, laptops, computers, hard drives, and more.

As part of a global goal to become more sustainable, under the guidance of the UN’s Sustainable Development Goals, organisations of all sizes and across all industries are being urged to reconsider their attitude to and contribution towards e-waste – as we seek to safeguard the future of our environment and put climate change at the forefront of every company’s strategy. 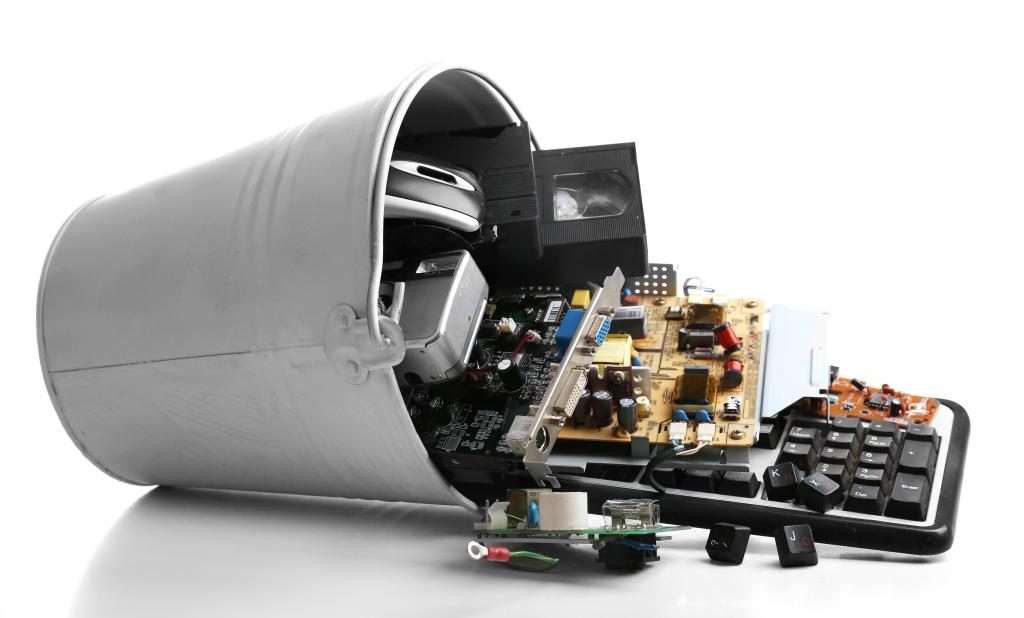 The rate at which the e-waste problem is growing is alarming – with between 20 and 50 million tons of electronic waste produced every year.

At present in 2022, only around 17.4% of e-waste is properly recycled, meaning that a staggering amount of electronic waste and discarded devices are landing in landfill sites – where they are left to rot away, exposing mercury, lead, and other harmful substances to leak into the soil and surrounding water.

How is e-waste formed?

E-waste is formed when devices and hardware systems are discarded and, rather than recycled or stripped for parts, and simply thrown out into a landfill site.

But why is e-waste such a growing problem? It all comes down to innovation in the digital sphere, and our continued demand for newer, better, faster, and more productive devices and products.

Why is e-waste such a problem?

One of the biggest problems linked to e-waste is that not only do the discarded devices themselves release harmful substances into the surroundings and create dangerous pollution levels, but the consistent demand for new products means that e-waste is becoming a much bigger part of our everyday life.

With new smartphones and laptops being released on a near-constant basis, consumer attitude to old and outdated products is that it is literally easier to throw something away than it is to consider recycling or fixing it – making e-waste a huge problem in Western countries particularly.

Just some examples of common e-waste include smartphones, laptops, and gaming devices – all of which are subject to regular updates and upgrades which quickly render previous season models as “outdated” and no longer up to par.

So, what can we do about it?

Sustainability has become a big topic of conversation in the 21st-century business world, with IT playing a significant role in driving forward change and progression. But that doesn’t mean that every solution is a good one.

Some recycling options, while seemingly better for the environment, have their own negative impact on economic sustainability and social responsibility – with businesses sending unwanted devices to recycling plants, only for those devices to be stripped for parts.

Far better than utilising these recycling centres, therefore, is a renewed focus on your own attitude to e-waste in-house – both at home and in the workplace.

·        Extending the lifecycle of devices where possible, and not upgrading devices as readily as you otherwise might have done

When a device is thrown away because it is faulty or no longer working efficiently, then safe and proper disposal is key.

But if a large percentage of your e-waste is generated by upgraded systems and new devices, why not consider a recycling solution which sees your devices wiped, refurbished, and handed over to someone who needs them?

Here at Computer Aid, we work with businesses – refurbishing and breathing new life into discarded devices, so that they can be used by schools and communities who are less fortunate, both in the UK and overseas. With companies able to access and dissect reports which outline how their unwanted devices are helping others, not only is this an adequate solution to the problem of e-waste – it also contributes to your social responsibility and philanthropic commitments.

At present, millions of tons of e-waste are being produced, unnecessarily, every year. Rather than adding to it, become part of our mission to change the conversation and transform unwanted devices into opportunities for others.