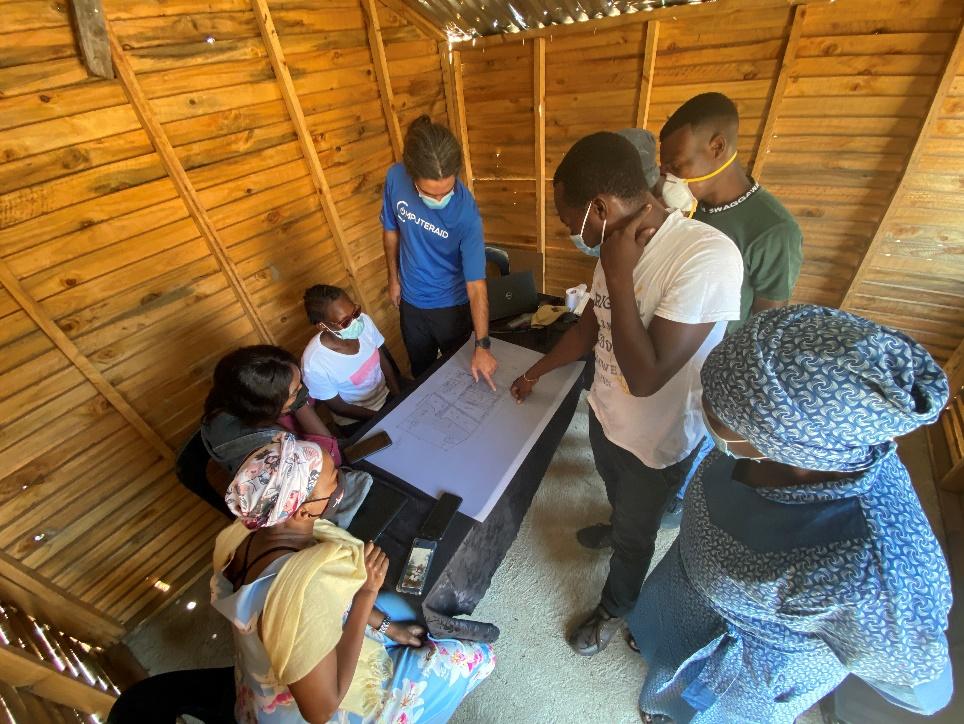 We might take access to computers, the internet and technology in general for granted—but imagine if you were growing up in a town or community where such access was scarce or non-existent. If you were a child or young adult in such a place, you would be at high risk of being left behind in today’s digital world. Unfortunately, this is a more common reality than we would like to accept. According to The International Telecommunications Union much of the world’s population still doesn’t have direct access to some of the most basic forms of technology and it estimates that at the end of 2019 53.6% of the world population were using the internet. This is just one indicator, but it suggests that almost half of the world population is offline. This is a concern because a lack of digital access to certain parts of the population, particularly those in the developing world, is contributing to widening inequalities. Those without access do not have the opportunity to develop key skills which are required in the modern world. Therefore, digital access inequalities are preventing parts of populations (poor, remote, elderly, disabled and a range of others) from having the same opportunities.

Our Solar Community Labs (SCL) formerly Solar Learning Labs (SLL) were created as a way of bringing technology to areas of the world without access to digital technology. They are built from reused shipping containers and are solar-powered computer labs, with an innovative design that creates a welcoming teacher centre space; insulated from the environment to keep a cool temperature when open and a secured and safe storage space to store technology when closed at night. This means they are self-sufficient and can be placed just about anywhere. With the help of our local partners, Solar Community Labs provide an opportunity for young learners to benefit directly from the expertise of in-country trainers and gain first-hand experience with technology and the Internet.

We have chosen South Africa because our programs can help realise current education priorities and overcome challenges to development, there is a national commitment to improving ICT for Education in schools but a shortage of training-capacity and equipment.  Our commitment to this mission enabled us to work in 9 different locations across the country identifying and addressing challenges particular to each case, assessing and improving the efficacy of our model and its impact, and providing long-term support and results-led lesson sharing.

According to the World Bank, South Africa is the most economically unequal country in the world, the legacy of apartheid still prevails. Previously disadvantaged South Africans hold fewer assets, have fewer skills, earn lower wages, and are still more likely to be unemployed, a 2018 World Bank report on poverty and inequality in South Africa found.

We aim to work in line with the National Development Plan on poverty reduction and closing the gaps of inequality through the development of 21st century skills creating spaces to foster innovation and creativity providing ICT training that can translate in better life opportunities.

The Mamaila Tribal Authority is located in the Greater Letaba Municipality, which itself is located in the Mopani District of South Africa’s Limpopo province. The municipality is the smallest of five municipalities in the district and is made up of 131 rural villages – of which the Mamaila Tribal Authority contains six villages. These are Mamaila Kolobetona, Lemondokop, Sephukubje, Roerfontein, Chabelane and Vaal Water (Senwamokgope).

About 47% of the population have completed grade 9 or higher, with grade 12 being the highest qualification for 30% of the population. Less than 5% of the population has completed higher education. Education is however considered important enough by the local community for them to have supported the opening of two private schools in order to be able to offer quality education to local children. The establishment of local private schools - with fees of R800 per month - is remarkable in a context in which the state provides ‘no fee’ public schools. This most likely speaks to the community’s opinion of local public-school education, social (or class) ambitions and aspirations, and the local community’s ability to choose to financially support such initiatives. This point above is important as it shows that the local community will support initiatives that they deem to be valuable.

Unemployment rates in the area are 70%, while the average annual household income is R14 600 - or less than R1 300 per month per household. The main economic activity in the region is farming, however this does not account for main household income generation, which also includes social grants, and piece work (irregular wage labor). Interestingly, there is a strong, growing phenomenon of locally owned small businesses which help support and maintain the local economy. These include accommodation businesses, food or catering, and a host of services. It is unclear however if these businesses are registered and therefore recognized within the official un/employment figures. The planning and construction of a local mall is also underway - this is viewed as a step towards increasing local economic development.

There is a thriving social / cultural system of savings or loans in the community called stokvel. Stokvel is a type of credit union in which a group of people (often friends) enter into an agreement to contribute a fixed amount of money to a common pool weekly, fortnightly or monthly. Each member of the stokvel is then able to periodically withdraw a lump sum of money from the pool on a rotational basis. This is used to cover short-term expenditure requirements (such as groceries, household appliances, school fees, weddings, burials and business start-ups) or to put money away for saving or investment purposes. Stokvel is an ‘informal’ system of savings or loans, in that it exists outside of formal institutions. Most stokvels do however require bank accounts to operate, and the banks require members to draw up a constitution in order to open a relevant account.

Stokvels in the Mamaila community are used widely and successfully by many people and are a vital resource to manage and mobilize funds when these are required by its members.

In terms of stokvels, it should be understood that the prevalence of this system may offer locals access to capital for any training that they feel may have a material impact on their lives - i.e., that may improve their lives or livelihoods.

With regards to connectivity, mobile coverage via 2G / 3G and 4G exists in the area from operators such as MTN, Cell-C and Vodacom. The quality of this connection can however be poor and irregular. Data costs range from R85 – R99 for 1Gig of data (at a cost of around R0.06 - R0.09 per MB), although most people can only afford cheaper data bundles which charge higher rates per MB (<R0.25 per MB). Connectivity and barriers to affordable and reliable internet access therefore remain major local challenges.

The Zuri Foundation are currently installing local internet infrastructure in the community in order to begin to solve these issues. 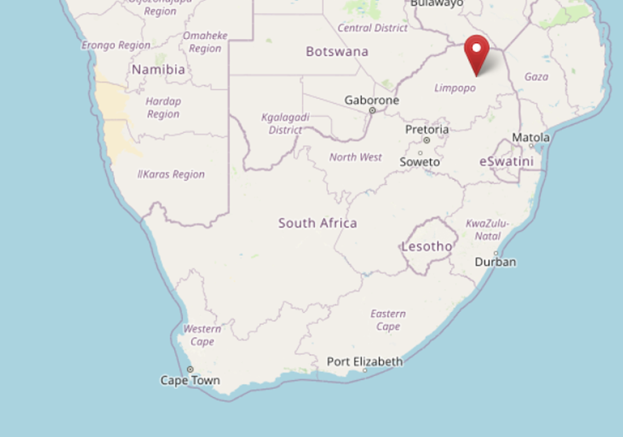 The Zuri Foundation is a registered Not for Profit Organization (NPO) based in the Greater Letaba Municipality in Mopani District Municipality, Limpopo province. Their main objectives are to deploy community-based telecommunications infrastructure and provide capacity building interventions, for the purpose of empowering communities to meaningfully participate in information and communications technologies (ICTs) ecosystems, as well as participate to a great extent in the digital economy. This is done through the creation and expansion of local WI-FI hotspot services, the provision of digital skills development courses and related educational content aimed at rural communities.

Award winning not for profit company that supports two community-based Internet Service
Providers and a SLL to operate in rural Eastern Cape. Zenzeleni Networks NPC also engages in
policy advocacy and supports and collaborates with numerous communities to develop
community networks and deepen their impact.

The Zuri Foundation has managed to secure a space granted by the Mamaila Tribal authority they have come onboard as supporters and facilitators of the program. 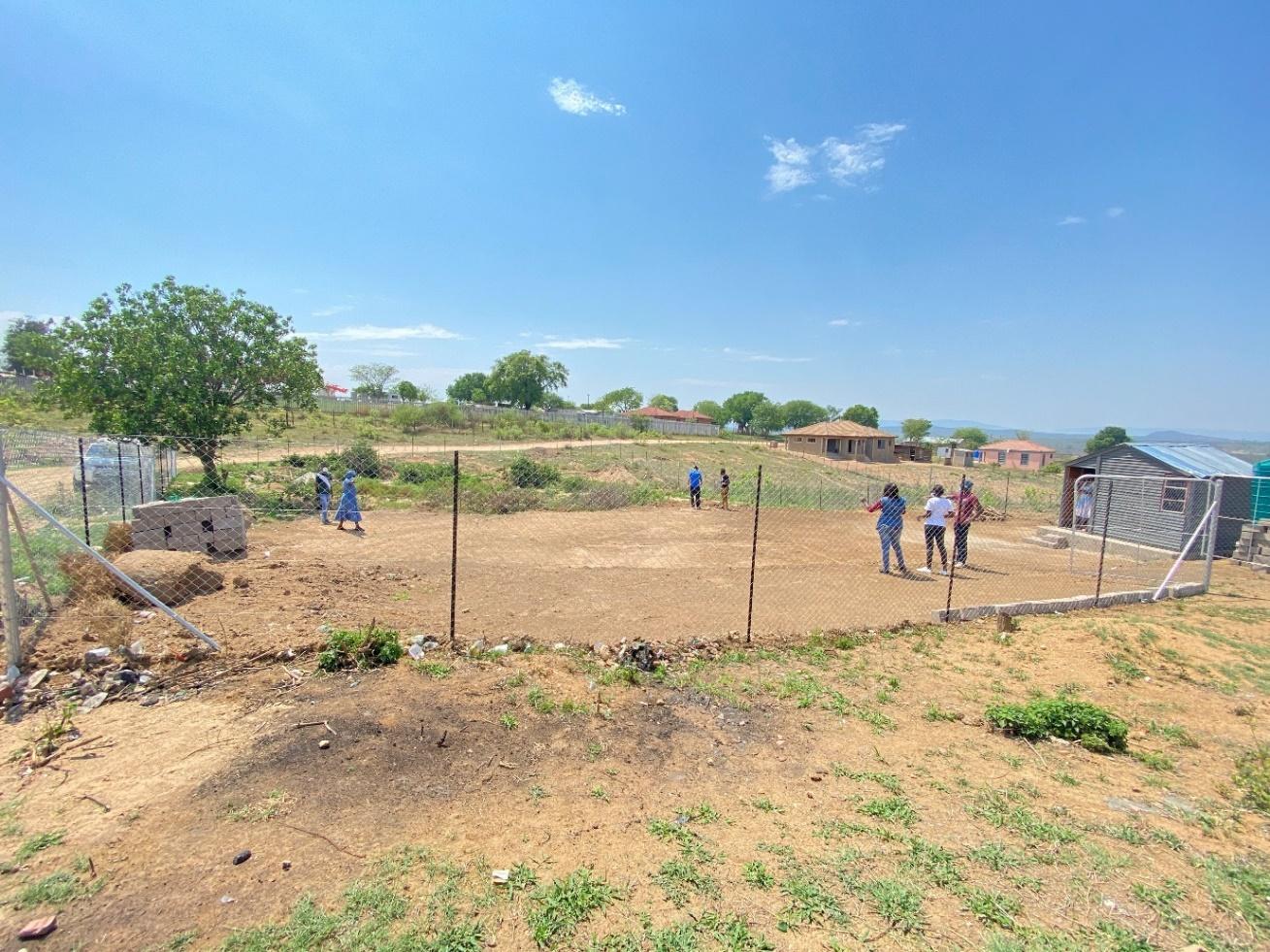 Our Project Manager and Project Coordinator visited the site on the 16th of November to oversee the development of the program, meet the community leaders and check program planning.

Manual for training and operation

We have created a manual for training and operations with support from our local partners and recipients of Solar Community Hub in Mankosi. Zenzeleni Community Networks are acting as advisors for this new site, using their experience to contribute to this project and make it a success.

Zuri Foundation is a widely known and respected organization founded by Kgopotso Magoro, her mom and four sisters aiming to give back to the community, Kgopotso is a living proof of what access to technology can enable, having understanding how important was to be IT literate and how job opportunities were plentiful in the digital world she decided to learn HTLM by herself using online free tools enrolling into education at night and seizing every opportunity of accessing the internet, which she recall sometimes she will have to wait 5 hours in order to have just 30 minutes of access at a local shop despite the challenges she managed to learn web development and when she built her confidence she applied for a government position as content developer at 25 years old and pregnant she was offer the job and spent her four months maternity leave studying, because as she said she was hired to fulfil a job she was not fully trained for, but she succeed and now after almost 10 years working for the government and having scaling many ranks internally and even obtaining a PHD she has never forgotten her roots and is giving back to her community by helping people get access to those learning opportunities using technology that changed her life for the better.

Zuri Foundation has a strong support from the Mamaila Authority which has not only avail a piece of land for the foundation and for the upcoming Solar Community Hub but also by taken an active role in every step of the project implementation process.

Villages and schools around the area also aware of the opportunities the SCH would bring for them and they have already manifested their interest in being part as beneficiaries of the program.

The Limpopo solar community hub will become the perfect place to access the network we are establishing and learn key skills needed to take advantage of the opportunities available, using ICDL methodology, establishing an accredited centre for this internationally recognised IT skills certification body. We will have 2 ICDL trainers constantly present. School children from the Mamaila community will be able to attend classes at the lab to train up to 1,500 students yearly. The SCH is made from 2 shipping containers converted in a space with a capacity of 51 devices with 11 Dell thin client desktops and 40 laptops.

The intended purpose of the project is to enable accessible services and activities to all community members and bring change to their lives on a community level. It is being jointly funded by the SITA ATC Foundation and Dell Technologies.  As part of the programme, SITA BV SA through their B-BBEE initiatives is providing extra funding for the certification of 320 students increasing the total to 520 ICDL certified beneficiaries

We are convinced this new Solar Community Hub will enrich learning resources, build local institutional capacity and provide access to 21st-century skills for the local population

Current Status and Next Steps