University of Ngozi: Laptops for Students

Burundi is a country that most of us would struggle to place on a map.

Often referred to as the heart of Africa for its geographical position and shape, it’s a small country eclipsed by its giant neighbours, DRC and Tanzania. It is also overshadowed by its twin brother Rwanda: similar size, similar populations, same language, same landscape (both made of 1000 hills), but wide apart in terms of economic growth. Rwanda managed to beat the odds and turned its deadly history into one of the continent's success stories. Burundi hasn’t yet. 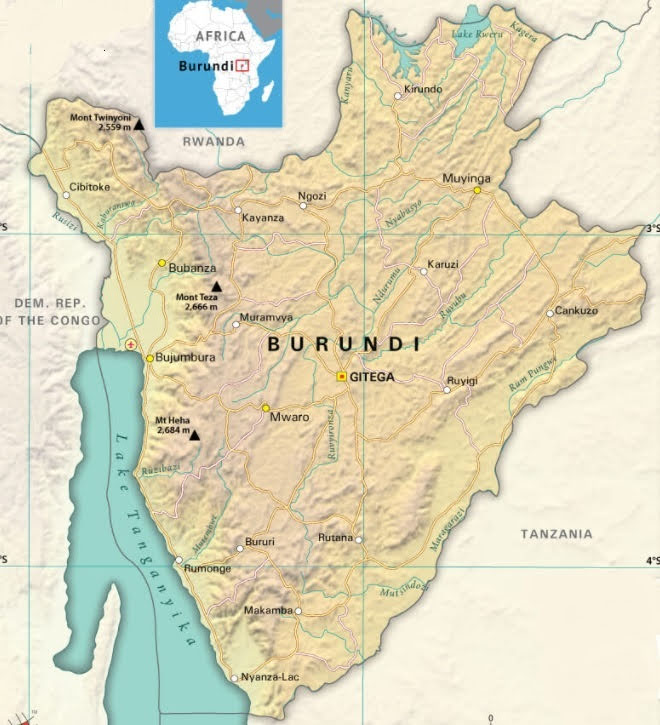 In 2019, the University of Ngozi contacted Computer Aid International (CAI) to acquire 250 laptops for its students. Ngozi is the third biggest city in the country but most of its population doesn’t have easy access to new technologies. At the time, only 5% of students at the university had their own computer. 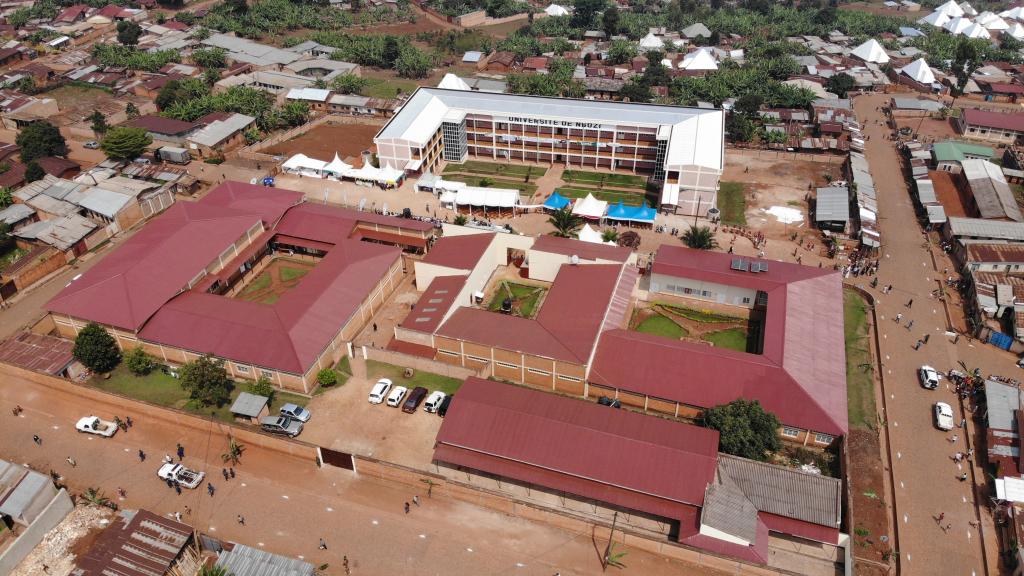 The two computer laboratories at the university were only used during classes, so the majority of the students had to turn to cyber cafés to do research and write assignments. Aristide, a student in Computer Science at Ngozi University used to study up to 30 hours a week in a cyber café, spending a huge part of his monthly budget there.

The only alternative offered to the students was to buy their own machines, but in Ngozi, even a refurbished one would consume their yearly income (between $400 and $500). That was not a realistic option.

Aware of that unsustainable situation, the University partnered with CAI to launch a new scheme, offering laptops to students at a manageable price. For $100, they were given the chance to get their own machine.

Despite the university’s credibility, many students were very doubtful about it. They thought it may be a scam, as spending $100 was still a big sacrifice for them and they couldn’t make that decision lightly. Out of 2,000 students, a few brave ones conscious that a computer would be a game changer took the risk and joined the scheme.

200 students and 50 teachers received their machines in March 2020, just before the pandemic.

After a long wait, in November 2021, CAI visited the university to meet with a few of these students and gather their feedback. 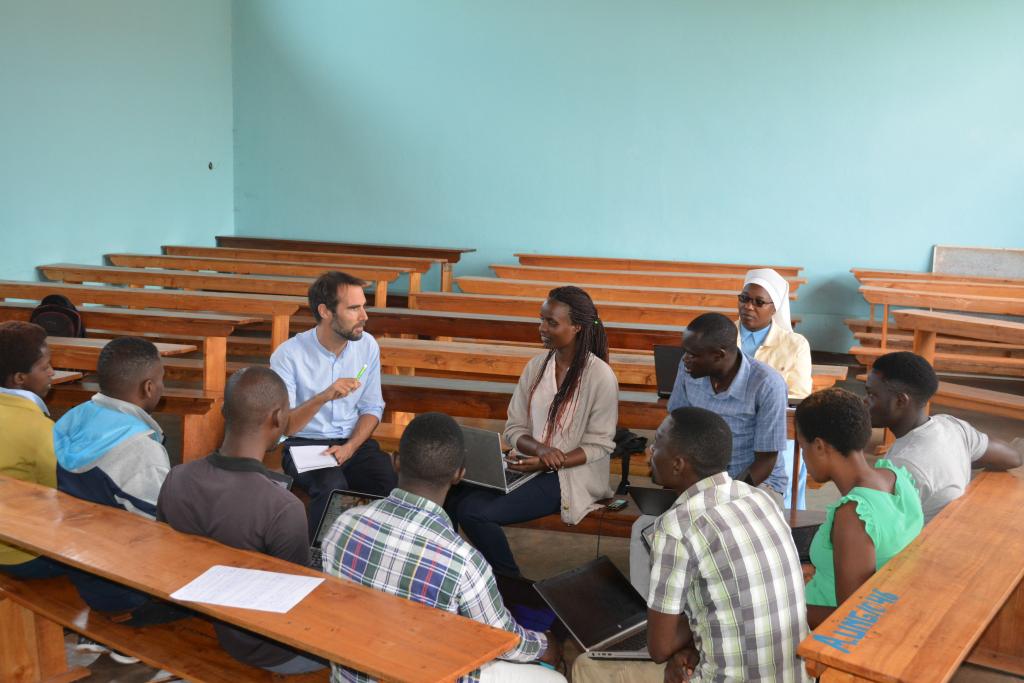 Soeur Aline has decided to study computer science at the university to allow her, once back in her congregation, to teach ICT. The congregation oversees a primary and a secondary school and she thinks that all her pupils need to leave the schools with the necessary digital skills. She had decided from the beginning of her studies that she would bring a computer back home and she knew that having her own machine during her studies would speed up the learning process. 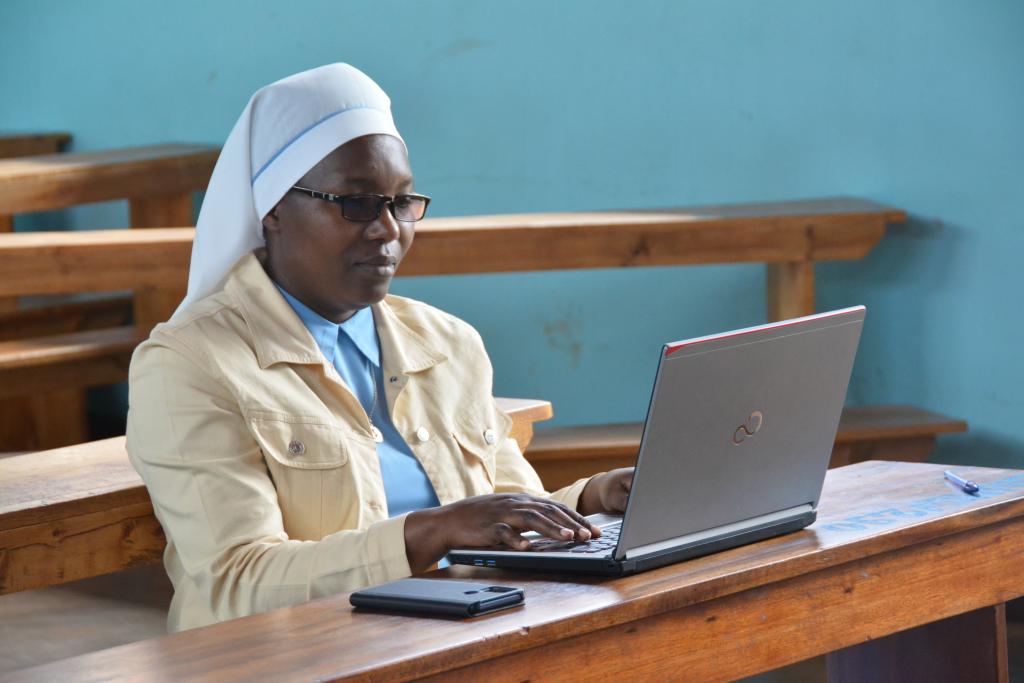 Flavia used to do her research for her assignments on her phone but it was small and difficult to follow while taking notes. She had to go to the cyber café regularly but often had to wait for a computer. She was wasting a lot of precious time when she needed to study.  This could have impacted her results very negatively, so she didn't hesitate when offered to join the scheme. She knew that owning a laptop would give her the edge over her fellow medicine students. 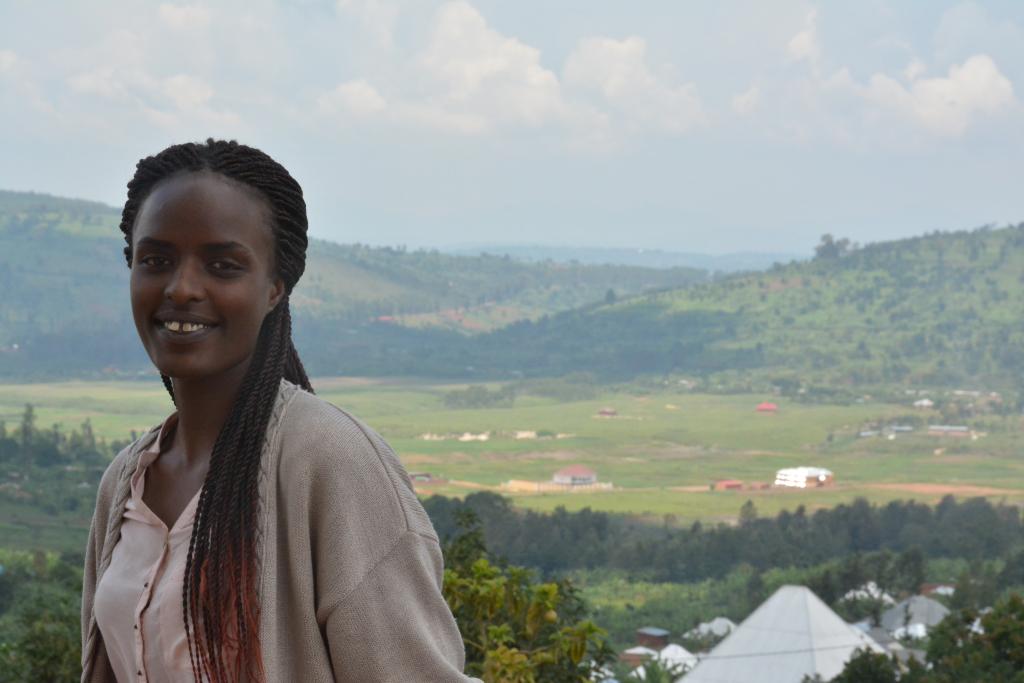 During the Pandemic, a multitude of new online training sessions were offered worldwide. It’s becoming more and more common to get certification online. Norbert was keen to expand his experience so thanks to his new computer, he managed to get 2 new certifications: “Entrepreneurship Amongst Youth in Rural Communities” and “Leadership Within the Community”. He calls himself a “Peace Revolutionary”.

Norbert is also part of the student union. In 2020, he joined with a few other students to push for an increase of Wi-Fi access on campus. That was one of the unexpected outcomes of having many more students with their own equipment - the signal was tripled in 2021. 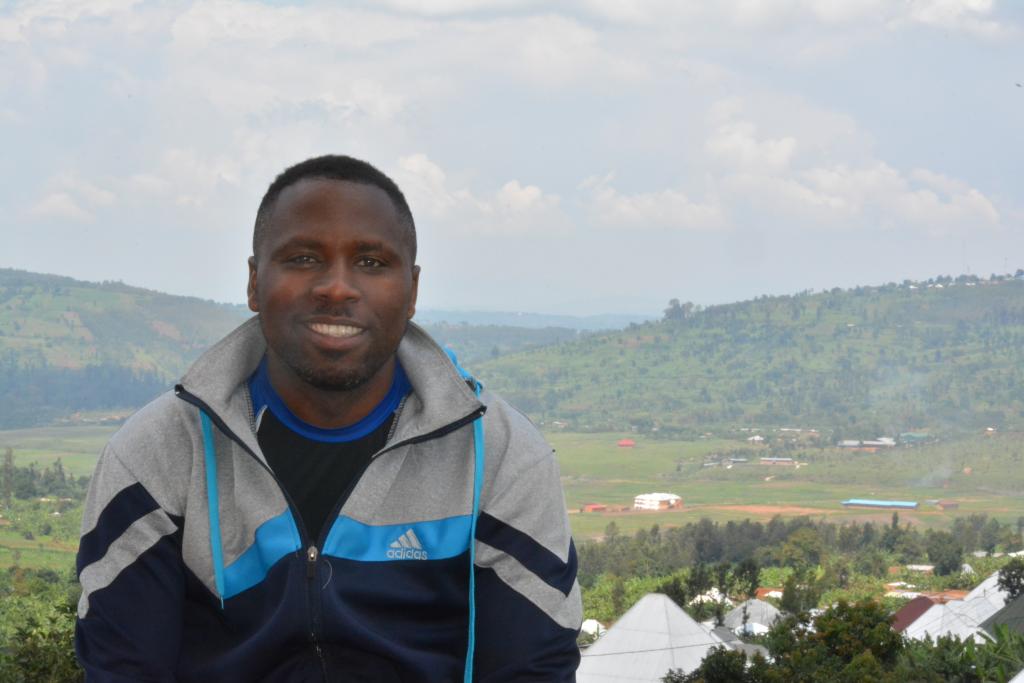 Fulgence was told by many of his friends that he'd lose the money which he'd invested in a laptop, but he did it anyway.  He was desperate to get a machine of his own. During his degree, he was often asked to work using software called SAGE 100 that was only accessible during classes. The problem was, there were on average four students per machine and it was impossible to work efficiently. Fulgence was constantly dissatisfied with his assignments and frustrated with the situation. The machine he received gave him the independence to study as often as he needed on the software to obtain good results. 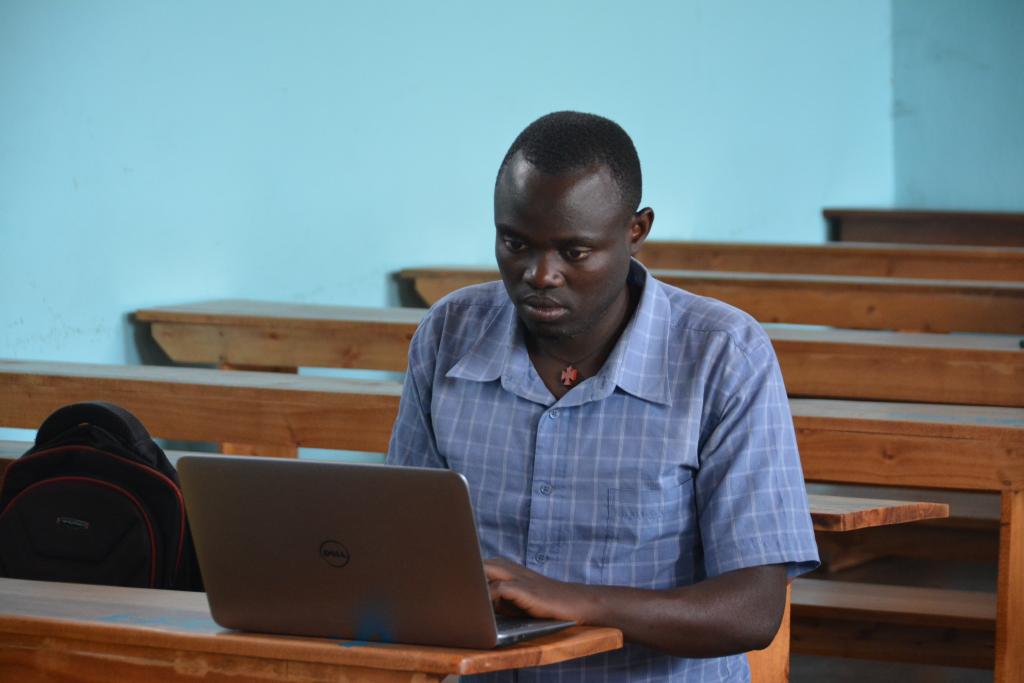 The overall feedback from all the students that received laptops was so positive that the university decided to launch the scheme again in July of 2021.

This time, the general scepticism was much lower, and the university received 820 requests for laptops.

The new shipments are now on their way and they will reach the university by the beginning of 2022. For the next academic year, 50% of the students will have their own computers. Needless to say that the university is preparing itself for more complaints about the Wi-Fi signal…

In Burundi, people know that one of the pillars of the “Rwandan miracle” is its enthusiasm and commitment to new technologies. Many would like to follow that example but are not being given the opportunity. Ngozi’s University has offered that choice to its students.

Paraphrasing Desmond Tutu's words, written on the wall of the university; this is a small step but a step in the right direction. Many, many more around the country will be needed to transform this “Petit pays” into a new African success. 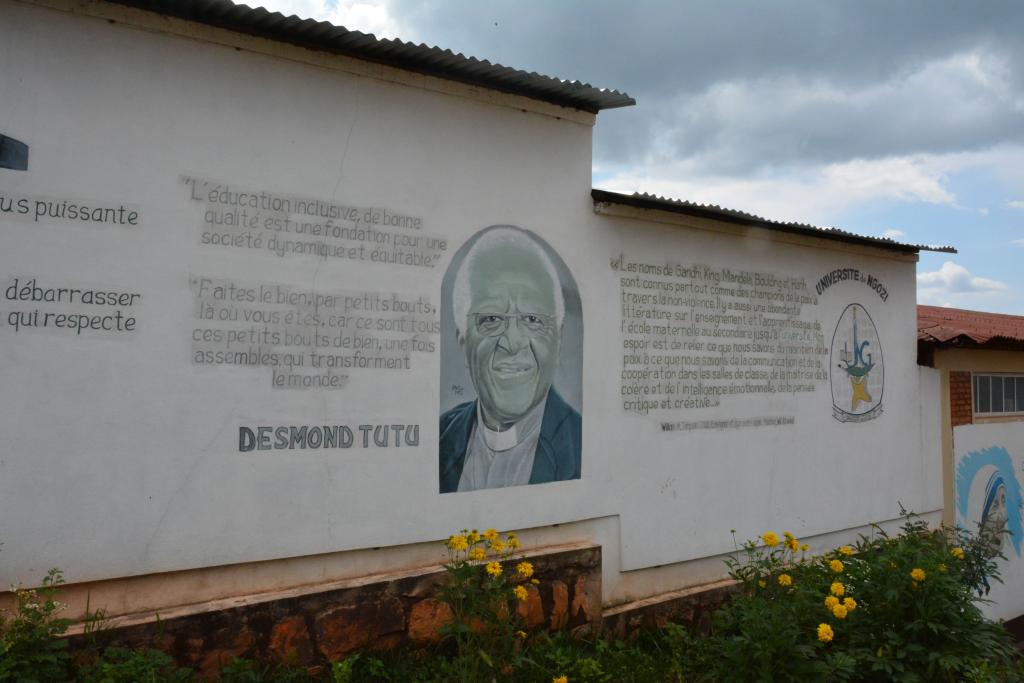