Our visit to Zimbabwe

With our Digital Schools project coming to an end, we went to Zimbabwe to test the students at the schools involved in the project to see how their IT skills had improved since the IT labs were installed in the schools, we also caught up with some of the students from our University of Zimbabwe project to see how the ICDL training helped their careers - here's how it went:

We were picked up at 8.30 at the Bronte hotel, after a quick stop at the Computer Society of Zimbabwe (CSZ) we headed to the meet the DSI (district schools inspector) who hadn’t heard of the project before but was happy it was happening.

We then went to Glen Nora primary where we met Charity and Nancy who teach ICT there. We also met with the headteacher who was new and was happy to see the positive results from the test at the end of the day.

We tested 100 students from the school, and only 14 failed the test. The first student to complete the test got 100% which was especially impressive, he was the only student to do so out of the 11 schools.

We interviewed Charity and Nancy as well as a lot of the grade 6 students who were on the basketball team. 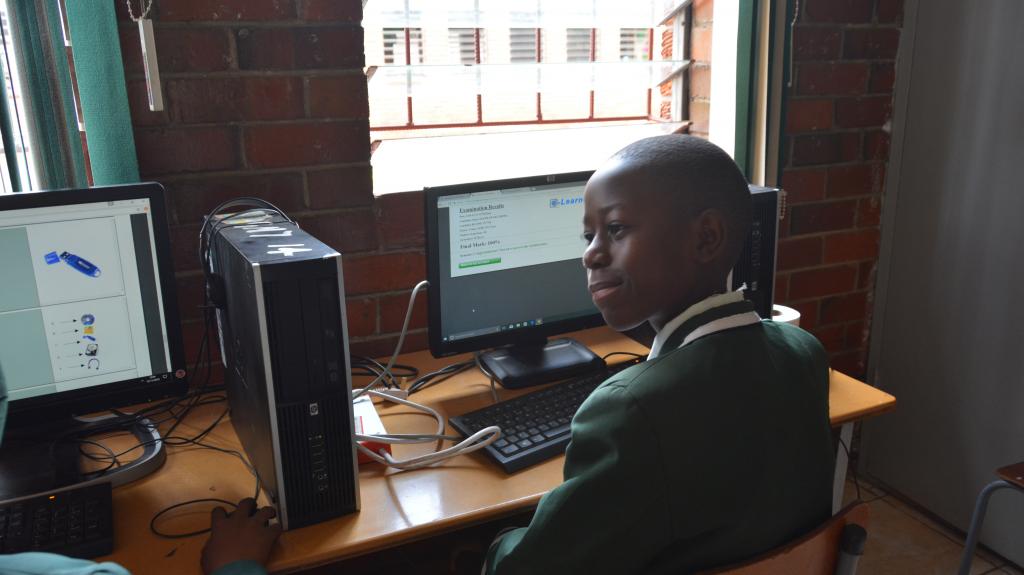 We left the hotel at about 8.30 and headed to CSZ before driving on to St Giles Special School. We interviewed Trust, who was very enthusiastic and is very passionate about helping the students. He mentioned that the computers have been very beneficial for the visually impaired students especially, with some now being able to go to a regular state school rather than a school for the blind through the use of laptops. The students knew how to use the computers and enjoyed using the content from the connect device. 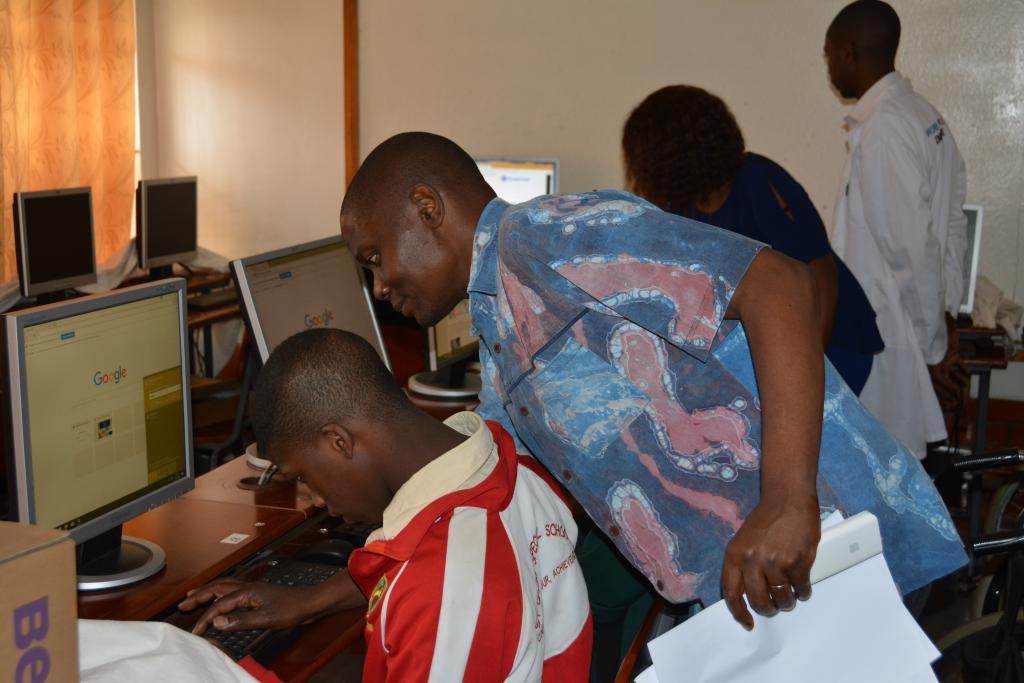 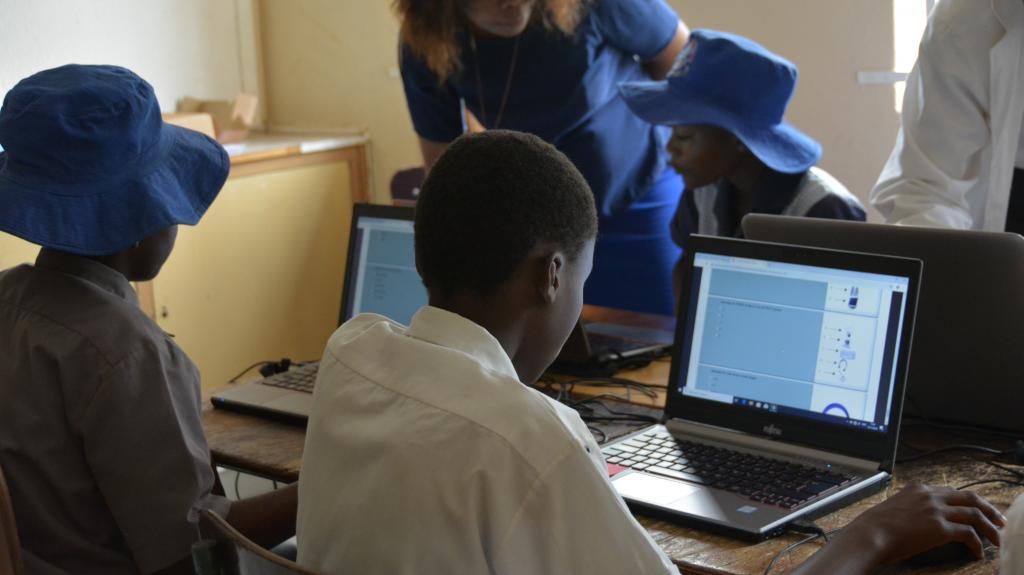 After we came back to the hotel, we met with Nyasha from the UoZ project and had a long conversation with her over dinner. Although the job market is very difficult at the moment she is happy that she did the training. She’s now married with a baby but still does freelance research. She mentioned that any job which required a college degree would have expected you to be familiar with computers so it’s quite good that they were all prepared for this.

We went to Mukurumbira Primary School where a lot of the students were using the computers for the material from the Connect Device which was good to see. There was a large mixed result in the tests, we tested 78 students overall as 22 were worried if they came to school they wouldn’t be able to get back as they lived on the other side of the river and it was due to rain. We interviewed the three teachers who thought the computers had really helped to lighten their load and were useful for keeping the kids engaged in learning. 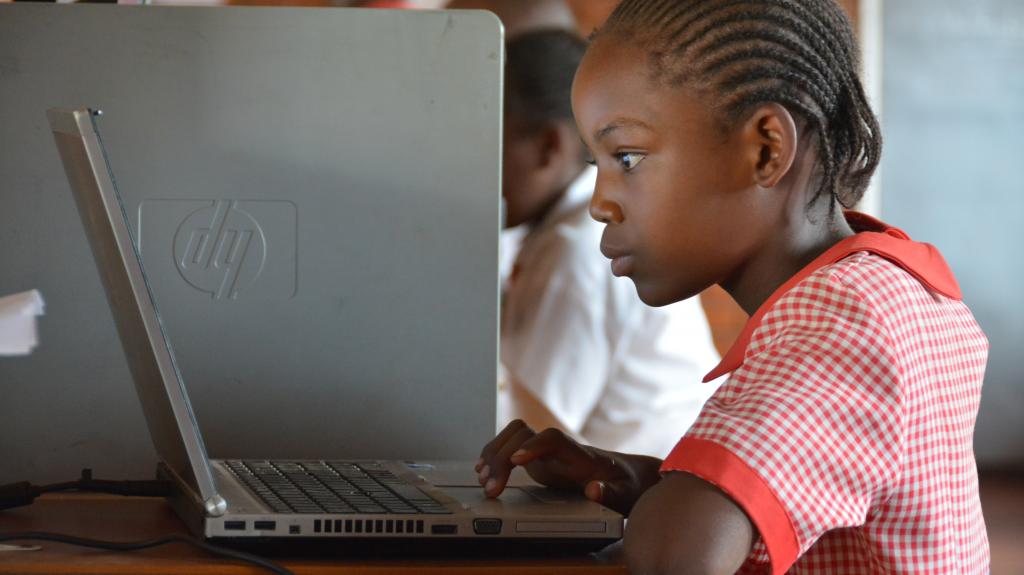 We went to Chaminuka Primary School and met with the headteacher. Overall this was one of the busiest schools we’d seen this week. The kids seemed really responsive to the computer's overall and were happy to be in the lab. They showed a great amount of patience in waiting for any technical issues to be resolved. The teachers here were very dedicated but as the school has the largest number of students, they don't get to spend as much time in the lab. 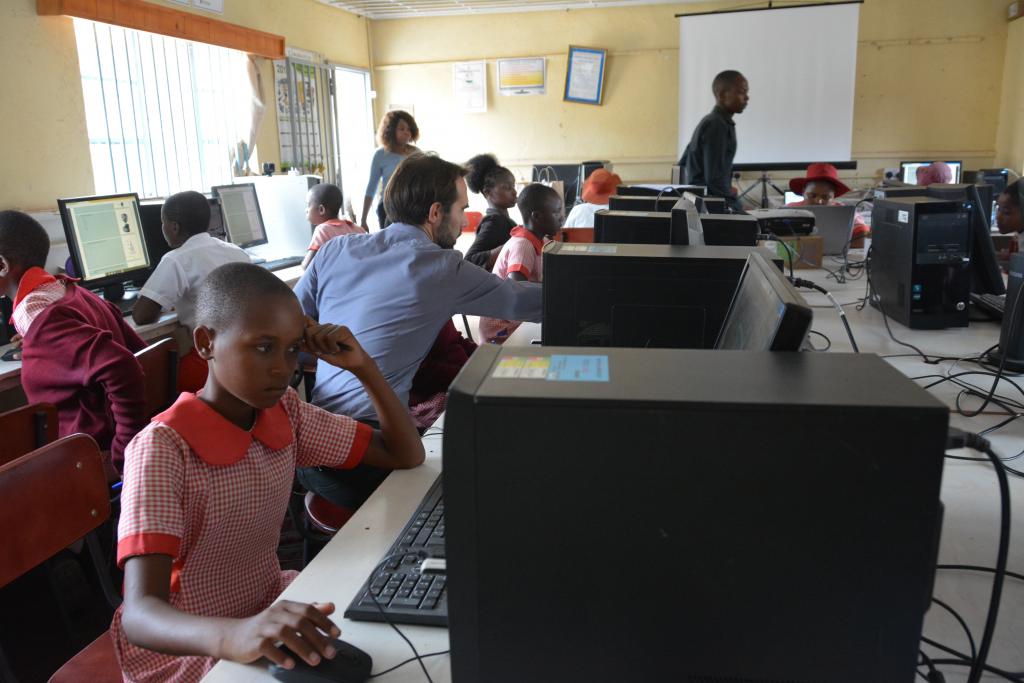 We met with Johanna, Odlenmoud and Grace, three students from the UoZ project for lunch and dicussed their lives post university. They are all currently employed, Grace works in a pharamacy, Johanna in a bank and Odlenmoud at the university as a teacher. They said the program had been useful for their job searching - Grace mentioned that the pharmacy was specifically looking for someone with a computer qualification when she saw the job. 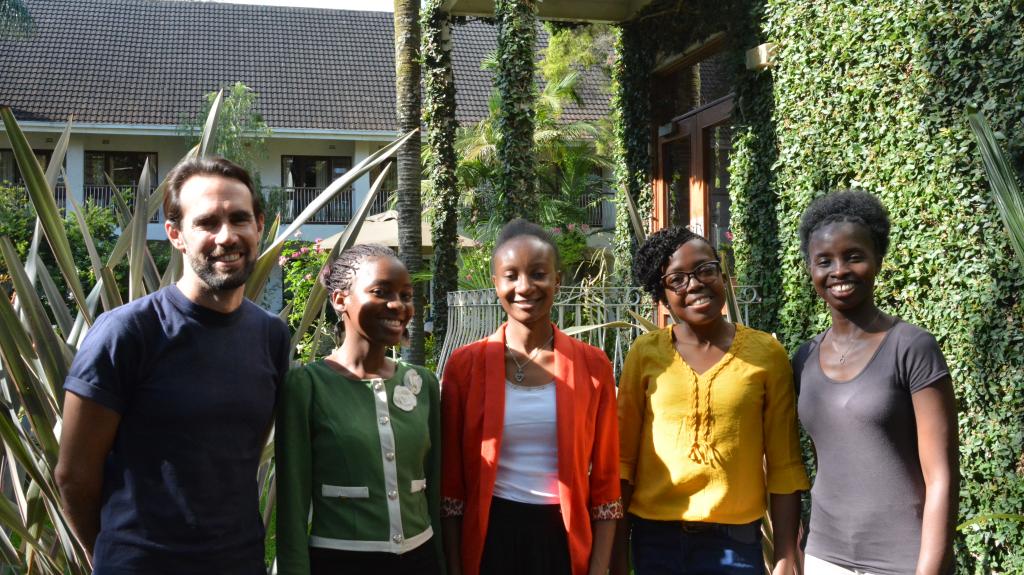 This was our rest day.

We started the week with Mutasa Primary School. I interviewed Yvonne who mentioned the students are enthusiastic when they get into the ICT lab, and they understand better. 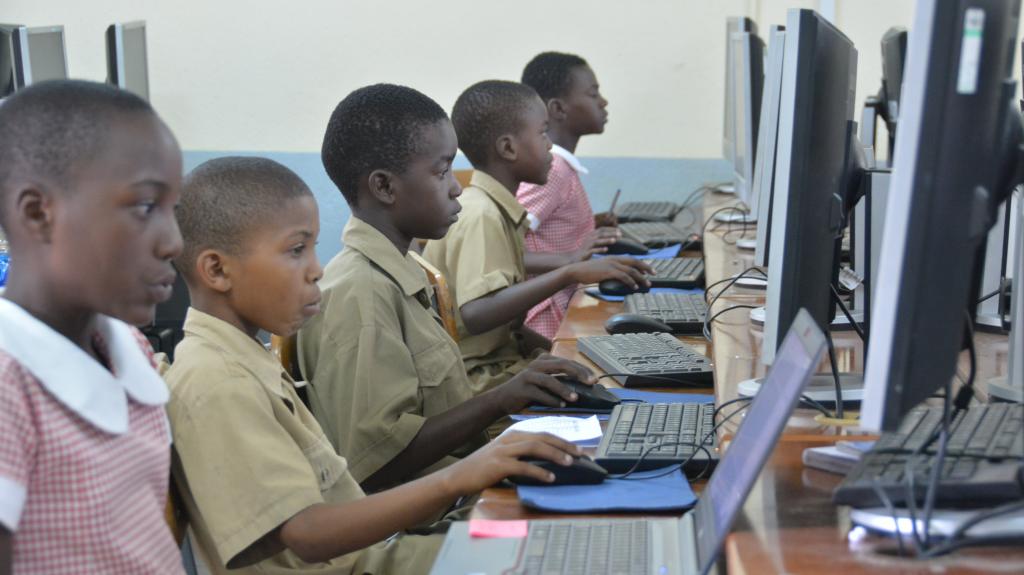 We visited Chirodzo Primary where we tested 100 students, and overall I’d say this was the school with the biggest range of results. We had a lot passing or coming close but also a few who were getting lower scores (e.g. 35%). The teachers were dedicated to the students and were very helpful. They are following the ICT syllabus, teaching the other teachers how to use the computers and are sharing the laptops with other teachers. Most students don’t have internet or laptops at home, so the lab is really useful for them to look up information online. They said the ICDL training was really useful, they are more confident with the internet, and especially the projetor makes learning more engaging for the students. 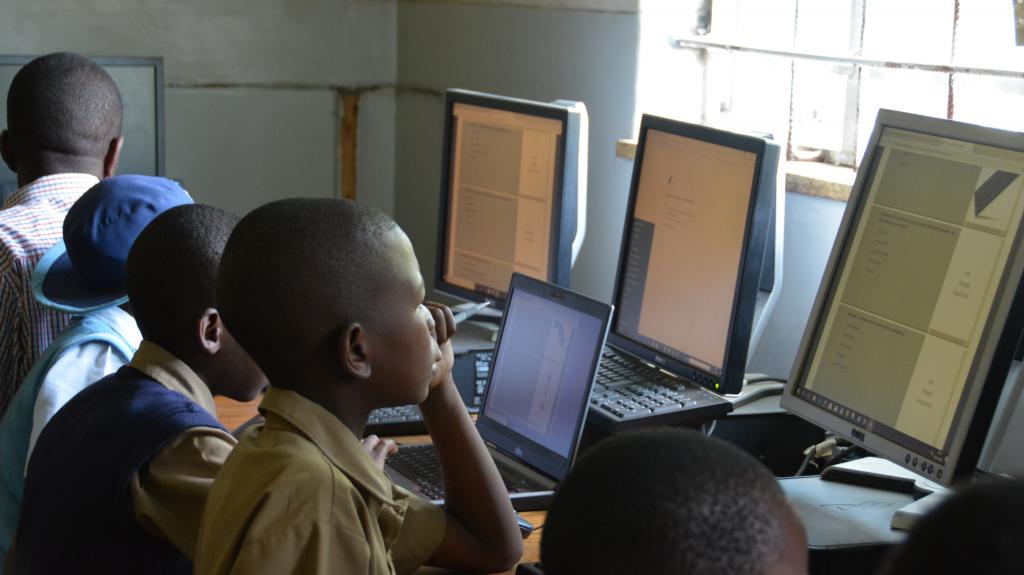 We went on to Seke 1 High School, the students here took a different test to the younger schools. A lot of the A-Level students bring in their own laptop as well to use in the lab. The A-Level students are doing a practical disertation, and those who don’t have their own laptop have their own acount on the lab compters. The computers have been transformational for the students, many came with little to no skills and are now programming. They use Logic and Computer Architecture, as well as Python or VB to do system development. Their practical dissertation is to develop a system for a restaurant or library. The teacher here, Precious, said the ICDL training was really useful, especially the programming training. It’s made her want to learn more ICT, and she has been able to pass some tech knowlege onto other teachers. 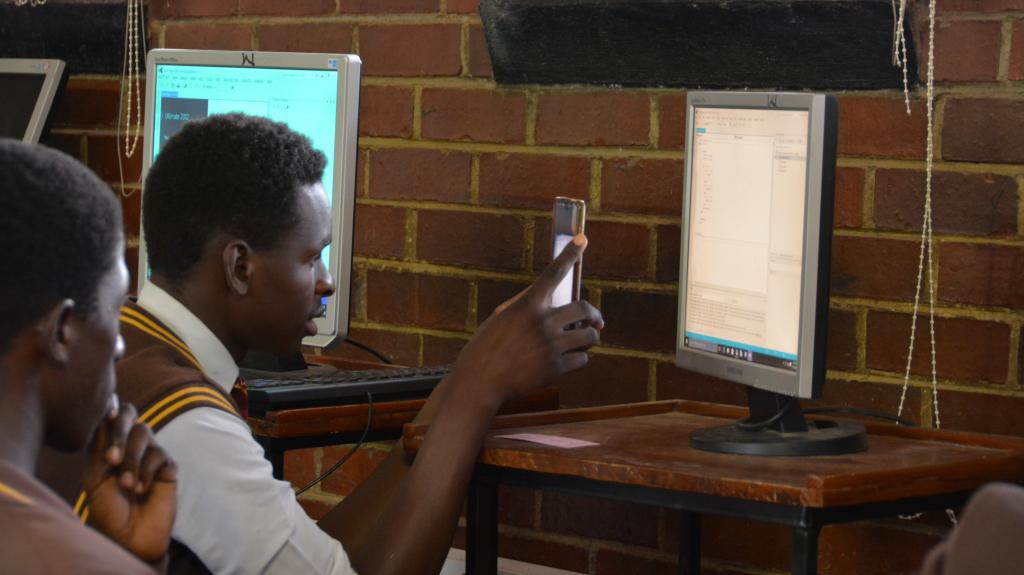 We visited Hatcliff Primary today, the kids were a bit shy here, but the did quietly chat between themselves, and they also helped each other on the computers. I interviewed the teacher,  Pretious, who mentioned the grade 7’s have the chance to come in and research for other subjects ahead of their exams, and grade 6 have a chance to come and research if they are part of the quiz club, which competes up to a national level. She said the students are really excited for the computers and tell other teachers that they are learning a lot. She mentioned the students favorite program to use is either Word or PowerPoint, but they find Excel tricky. She found the programming module really interesting and she’s hoping to study it further. 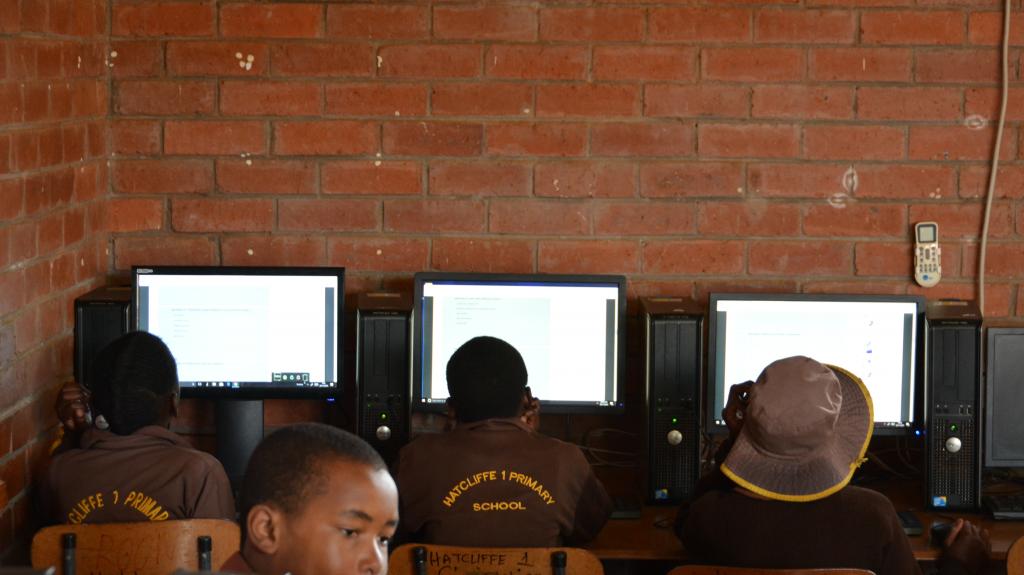 We started at Kudzanayi today, the lab here is very big and light, it's a comfortable space to work in.

“I love making cards and designing on publisher”

A quote from Anotidaishe Gasa, who got 83% in her test

She also mentioned she loves the computers a lot, and she used to borrow her brother's laptop but he’s gone to work elsewhere now so she can’t practice as much.

Students enjoy ICT as a whole, they normally remind the teachers that it is their time to use the lab. They have been using the Connect Device and Encarta, and the students had a bit of time to use the computers for free study. One teacher here, Liberty, has shared tech skills with the other teachers. The teachers have been using the laptops to create the end of year exams and then print them out. She found the ICDL really helpful, she feels like she can do a lot of things now, her favourite module was ICT essentials.

Another teacher, Musakaruka, said at first she was afraid to do programming but now she really enjoys it. She doesn’t have a computer at home, but the lab has some free sessions when the students and teachers can come in and practice ICT. The students treated us to a performance of their traditional dance before we left the school. 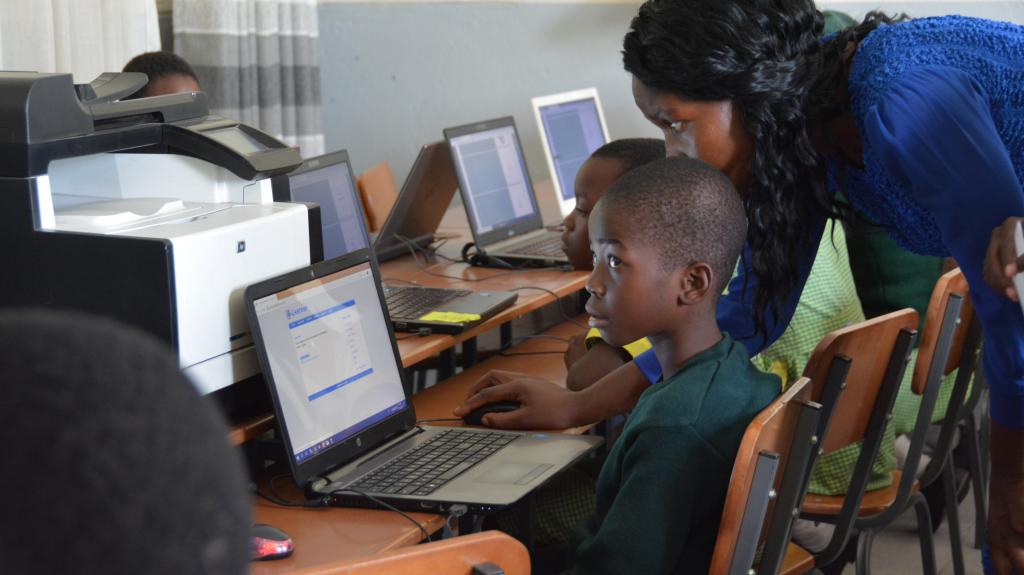 We then went on to the final school,Mbizi, where we were welcomed with their Majorettes! We met with very dedicated computer teachers and really great results from the students. I interviewed the three teachers who were in the training. The lab is used for students to do research in as well, the lab is open from half past 1 for students to come and use as part of their extra curricular activities. The smaller kids like playing games, the older kids do more research for their school projects. The teachers get excited when they see the kids included in the lab and getting to learn the new curriculum. They have all found the ICDL training helpful, it’s helped with doing records, planning, teaching. They found theWord module most important as they use Word the most, but also enjoyed the presentation module as it’s helped them to present their lessons. 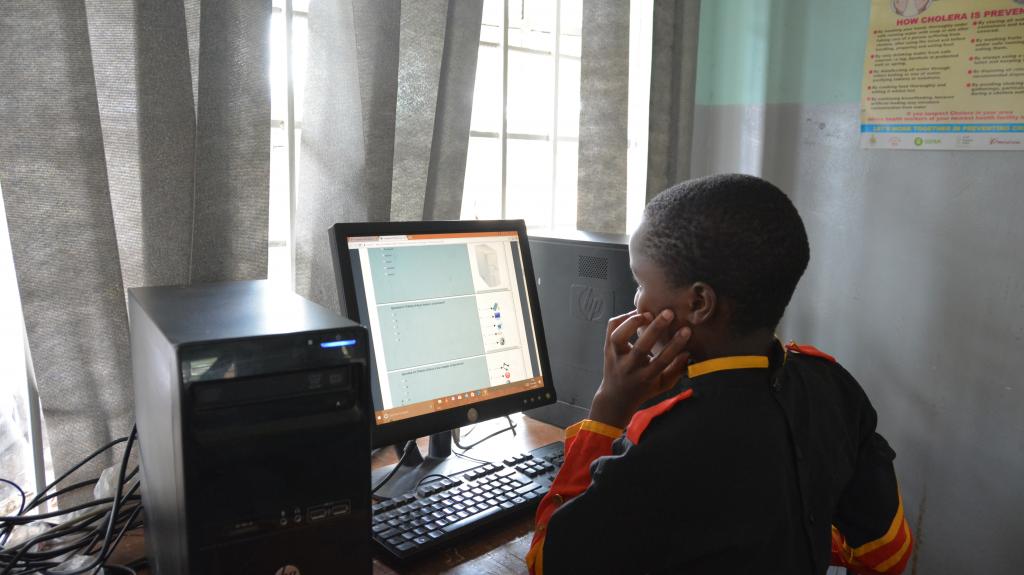 We returned to Glen Nora to give out the certificates to the students who passed the test, it was great to see the whole school out in support of their peers and ICT education. After the ceremony, it was off to the airport to return to the UK. 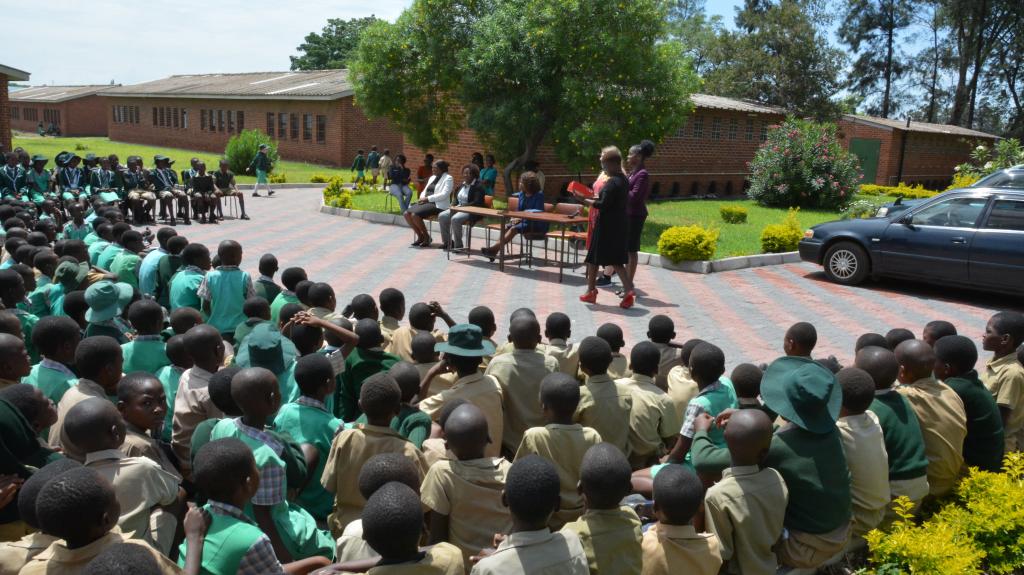